0171.COM is just a nameserver now.  It decided to retire after many years of non-stop London clubbing and lots of partying. It was one of the UK's first internet radio stations and was run out of pure love for music by its owner. It was one of the UK's first internet communities and it was featured on SKY TV  when the internet wasn't so mainstream (the days when not everyone had any email address). 0171 started out back in 1996 somewhere near Fortune Green in West Hampstead, London NW6, but started its broadcasting from Cafe Cyberia in central London with the help of a bunch of breaking edge DJs, many of whom became DJ celebrities.

0171 and Club247 both received a lot of press, both in paper format and online. 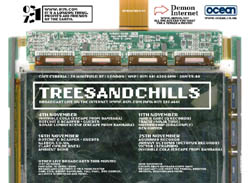 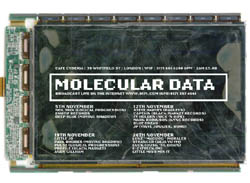 Those who spun their vinyl

Just some of the 100s of DJs that were heard through 0171 and Club247 include Carl Cox, Danny Rampling, Allister Whitehead, Boy George, Tall Paul, The Chemical Brothers, LTJ Bukem, and Pete Tong.

0171 was invited to broadcast Turnmills Nightclub live every night of the week and it jumped to the challenge and in 1998 became the first regular internet video broadcaster in the UK. So 0171 created Club247 with US radio personality, Jeff Young and spent many a night in Clerkenwell with the friendly staff there.

Its owner, Stuart Kidd is now back in Australia, continuing on, focused as ever, working on mobile app development for iPhone, iPad, Android in Perth, finding quotes for mobile apps and finding mobile bars.

This particular page is in no way copyright anymore and you may use what you wish for your own purposes.